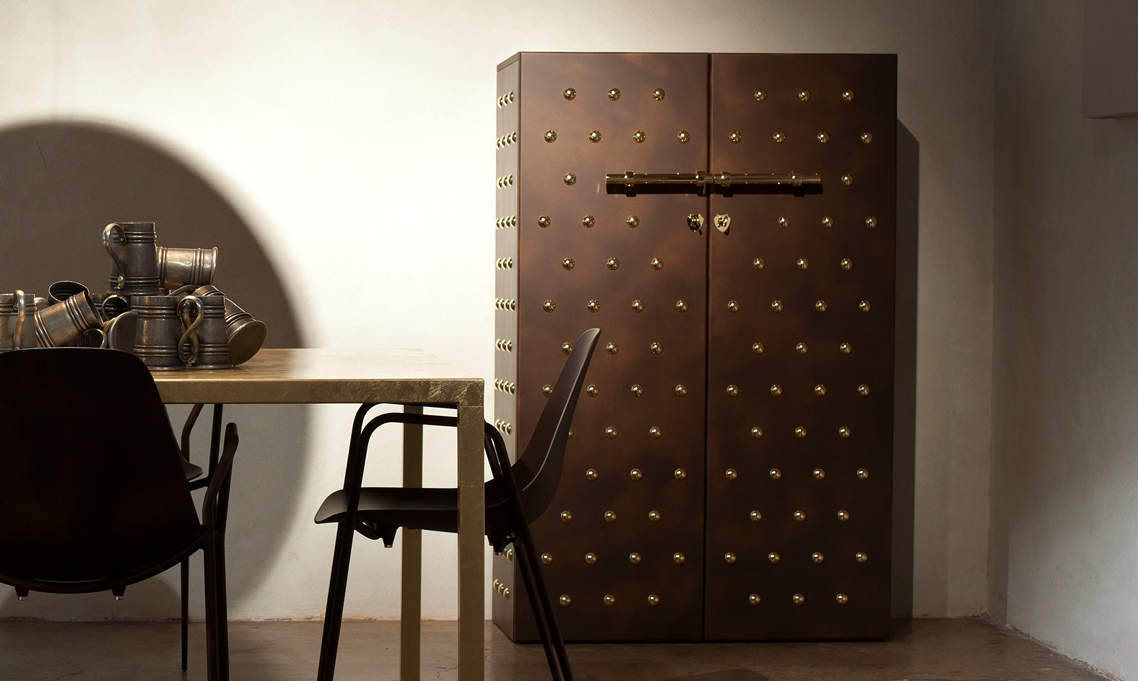 Thus begins the Decameron by Giovanni Boccaccio and from the name of Principe Galeotto the designer Lapo Ciatti takes inspiration for the creation of the homonymous sideboard and cupboard, which is a  clear tribute to the Middle Ages, a time made of kings and princes, coats of arms, treasure chests and armours.

The sophisticated design of those MDF cabinets with contemporary lines are embellished with exquisitely medieval details, such as studs, handles, locks and keys, available in chrome or 24 K gold versions.

In the sideboard version of Principe Galeotto, 136 studs decorate the sides and the four doors, whereas the interior is already divided into two separate compartments and further divided by a crystal shelf.

On Principe Galeotto’s cupboard there are 174 studs, and for the interior is possible to choose the version with just shelves or another one with a coat hanger compartment and a crystal shelving unit.

Principe Galeotto is sophisticated even in the finishes, classic and timeless, black and white or with textural effects such as cement or bronze.

Containers that fit perfectly into the living, entrances or bedrooms of residential, professional and traditional contexts, but also in environments characterised by the utmost minimalism.

Part of the first collection #FollowYourRoots, Prince Galeotto is a set of quotes, places and times that like a déjà vu turn into furnishing the home of the third millennium. 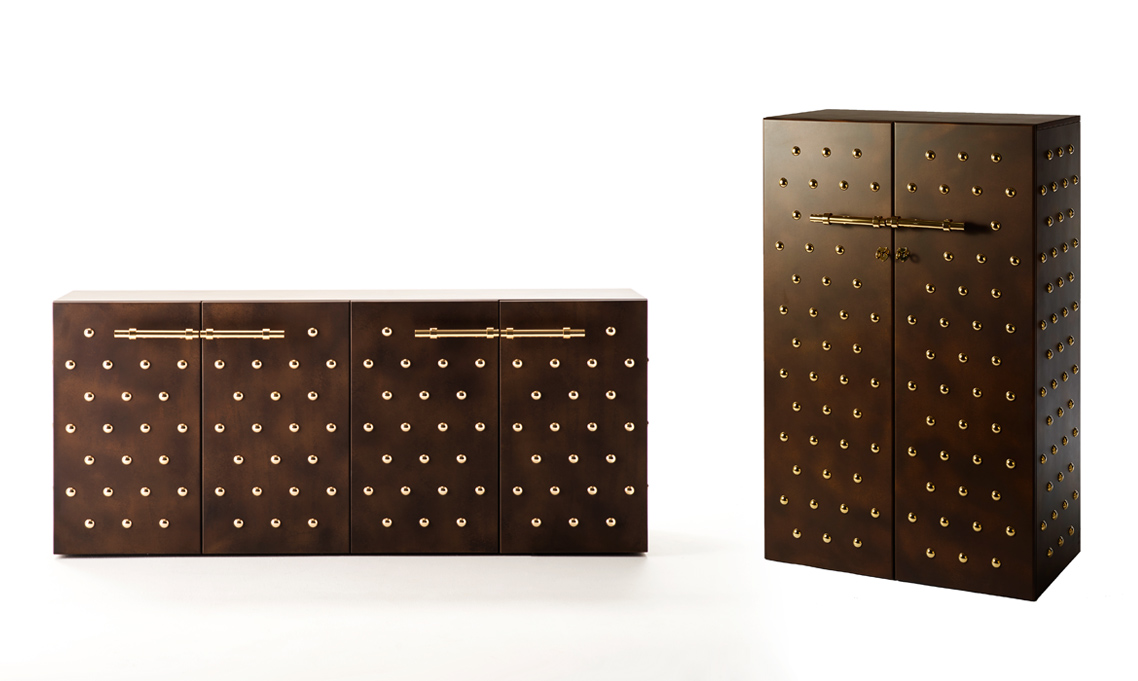 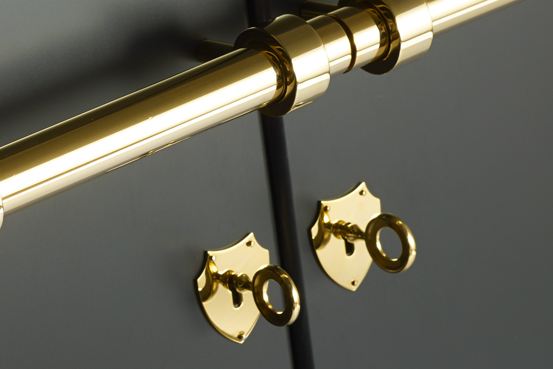 " My Principe Galeotto, that is, how to contain more than hundred studs instead of one hundred novellas." 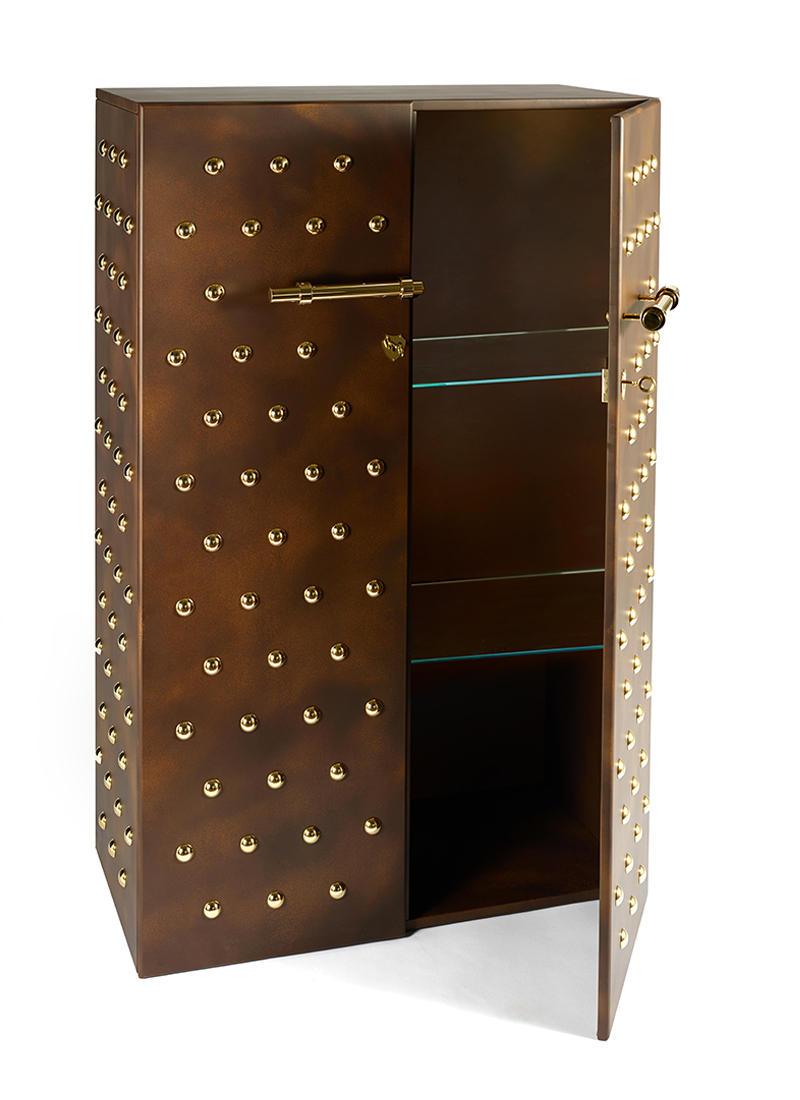 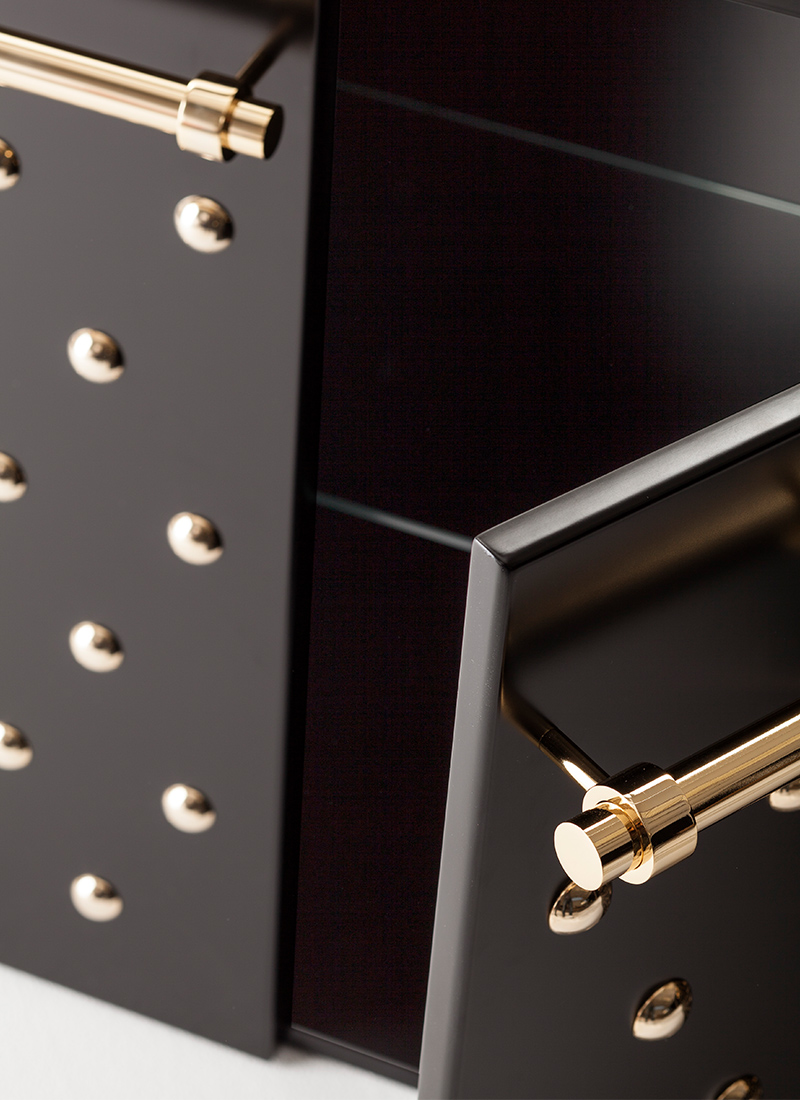 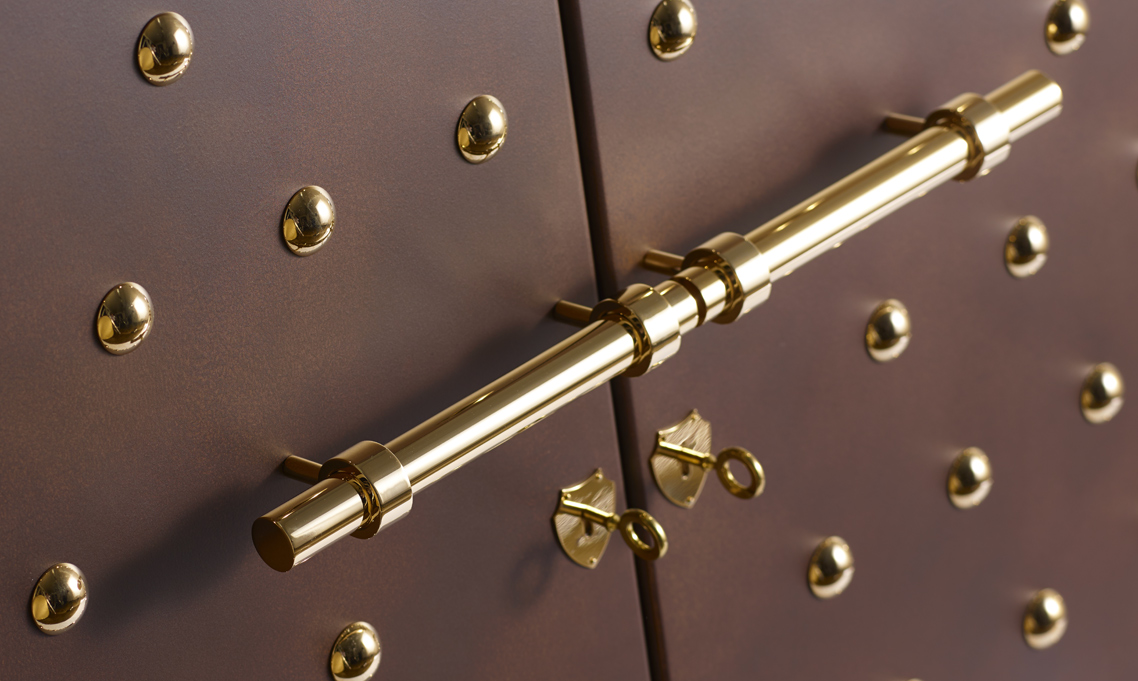 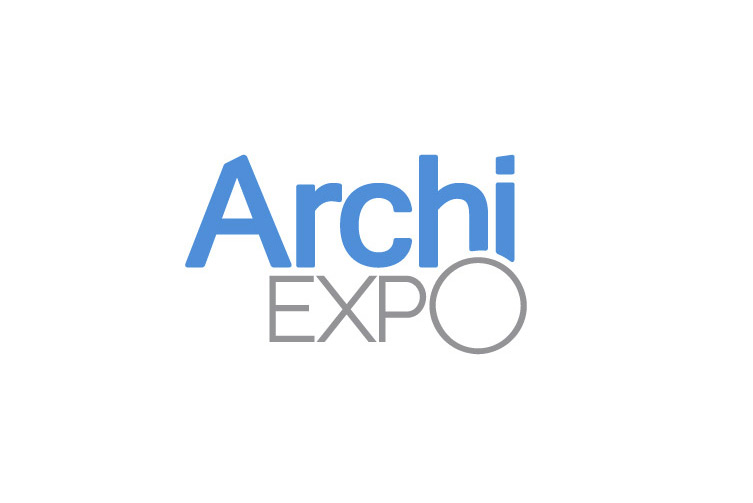 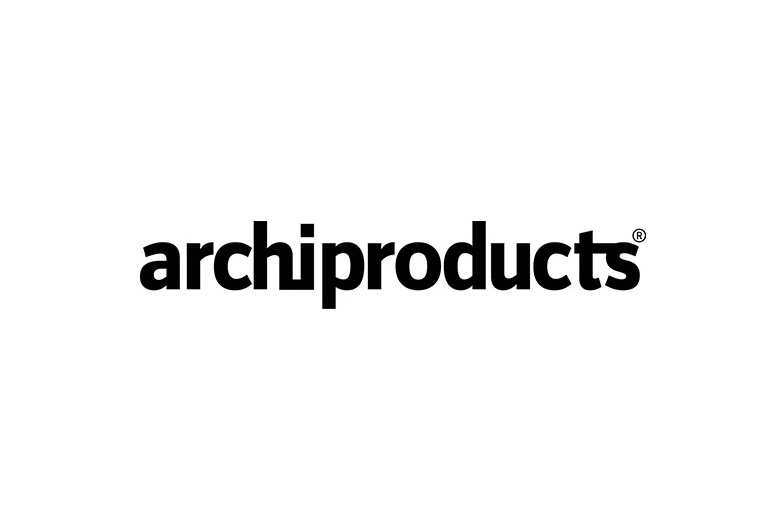