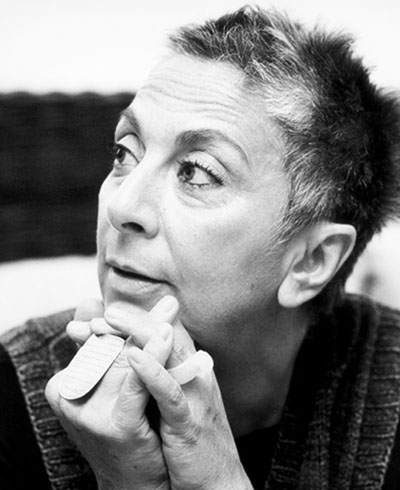 Born in Turin, where she graduates in 1973 in architecture from the Turin Politecnico, Paola Navone later moves to Milan adopting the city as her home. Between 1970 and 1980 works alongside Alessandro Mendini, Ettore Sottsass Jr. and Andrea Branzi in the Alchimia group, developing a highly productive and stimulating avant-garde stance which gains her, in 1983, the prestigious Osaka International Design Award, bestowed for the first time that year.

In the same time, she begins her long-lasting collaboration with Abet Laminati; from 1985 to 1988 she becomes consultant for Unido and for the World Bank for the Philippines and Indonesia.

In her long and many-sided career she has switched easily between the roles of architect, designer, art director, interior designer, critic, teacher and organiser of exhibitions and events. She has an extreme interest for the most different cultures suspended between the East and the West, between design and craftsmenship.

Nowadays she collaborates with a very long list of heterogeneous Brands, such as Armani Casa, Knoll International, Alessi, Driade, Molteni, Poliform and Gervasoni for which she is also artistic director.

In 2000 she is named “Designer of the Year” by prestigious German magazine Architektur & Wohnen.