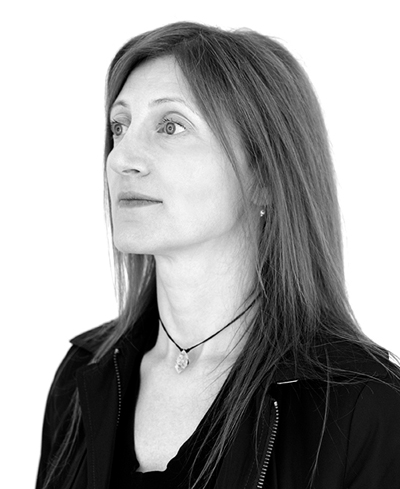 Marta Giardini, architect and designer, was born in Vercelli. Following her studies at the Brera Academy, in 1998 she was awarded a degree in Interior Design by the Milan Polytechnic.

As Paola Navone’s assistant she took part in the Armani Casa project, in addition to the early years and the birth of Gervasoni Blu.

In 2002, with Bruno Rainaldi, she founded ENTRATALIBERA in Milan, a very special space suspended between art and design, a “workshop of shapes” open to research and experimentation.

She lived in Spain between 2004 and 2007 to follow the table accessories and bedroom textiles lines for Zara Home.

Between 2007 and 2009 she was the art director of DMK, Sintesi and other brands of the group.

As a designer, she has signed pieces for Opinion Ciatti and DMK, and is now a consultant for leading companies in the sector, including Armani, Trussardi and Coin.

Marta is currently based in Milan.