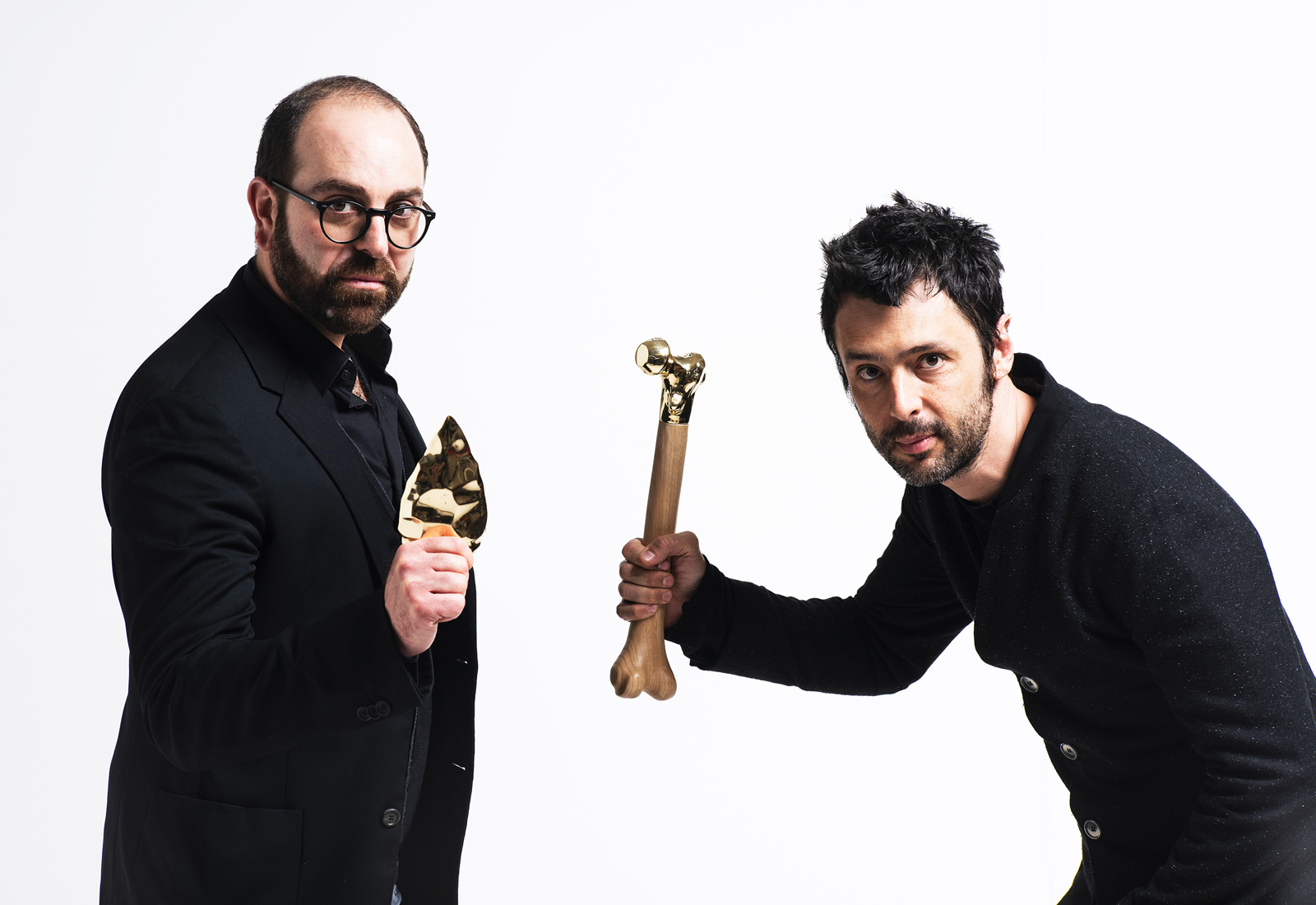 Atavica Opinion Ciatti presents the collection arising from the collaboration with Marcantonio.

How has the relationship between mankind and the environment changed over the millennia?

What is distinctive of the interaction between modern-day humans and the space they occupy compared to that of the planet's first inhabitants and the nature that surrounded them?

Investigate the relationship between humans and their environment, question the concept of what is original. This is the spark that Lapo Ciatti – CEO and Art Director of Opinion Ciatti – and the designer Marcantonio set out from when, even before the project began, they started to imagine the universe of Atavica, the “capsule collection” that Opinion Ciatti presents in the 2019 Salone del Mobile.

A collection made of two carpets, one chair, one mirror, one coat stand and two ornamental objects in a limited edition, that share a powerful aim: to be the expression 2.0 of ancient materials and symbols. 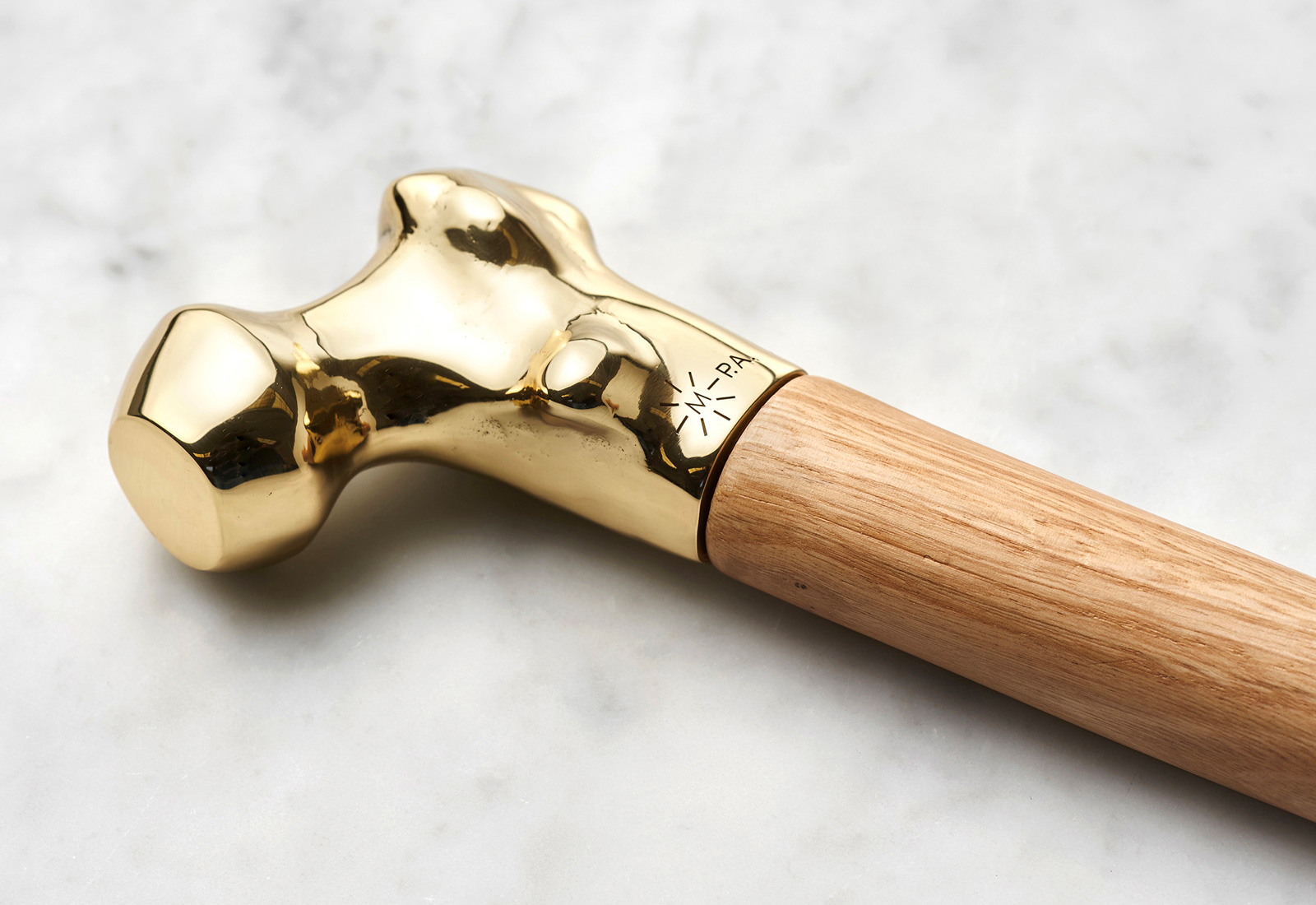 “With Tool n.0, my intention was to set in a piece of art something that quite possibly was the first tool used by humans. It is a tribute to that bone - the femur - that, through change, allowed our ancestors to stand up, giving rise to the history of the species.” - Marcantonio 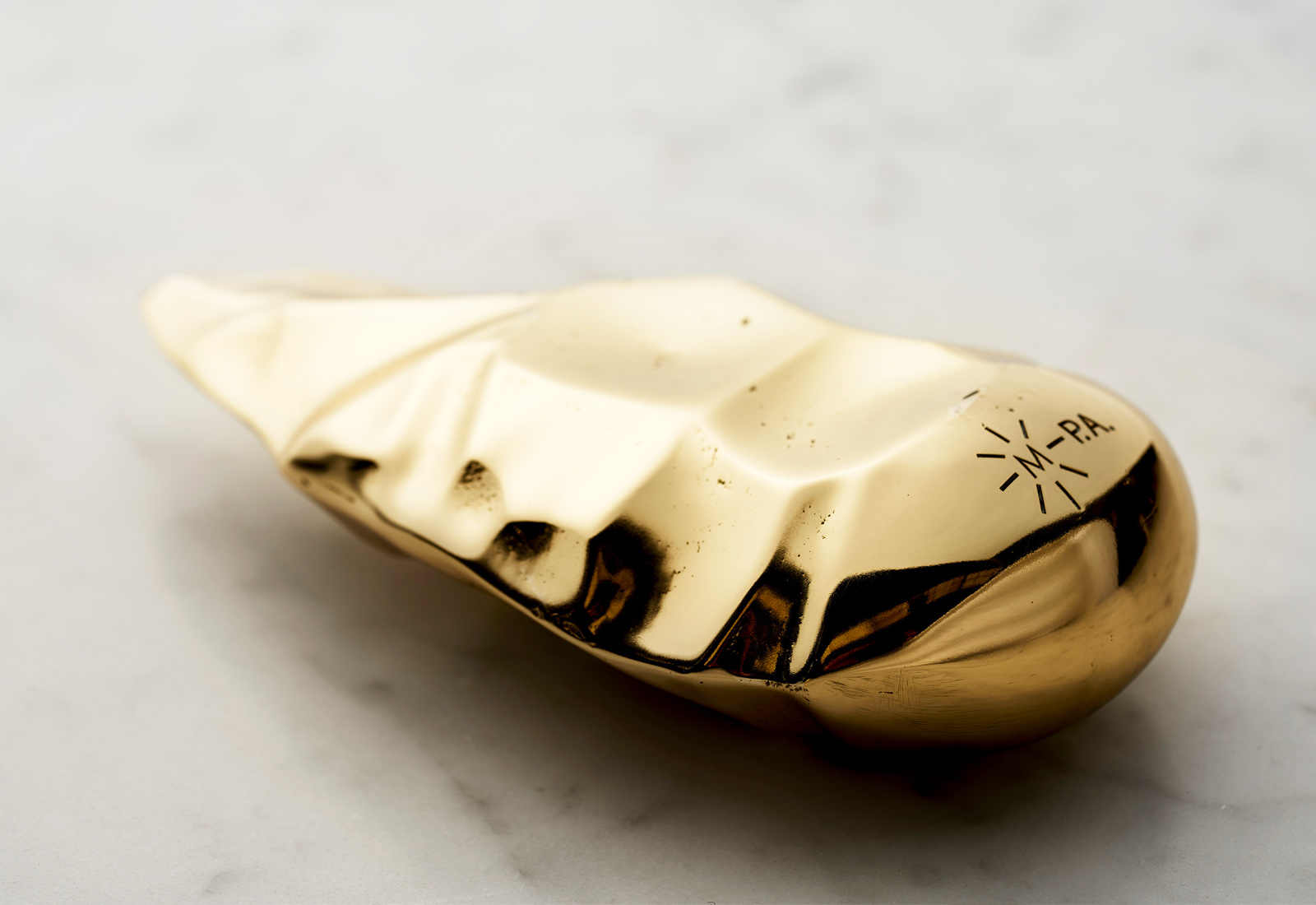 “There are some objects that belong to the prehistoric days that I find fascinating: crafted flint are, definitely, one of them. What strikes me in particular is to think of the specialisation achieved by the primitives in crafting them, to the extent that time has been divided into eras based on the evolution that took place in splintering techniques”.

<< With Atavica we wanted to recall primitive materials and objects and reinterpret them artistically. – says Marcantonio, the collection's designer – For me, materials like wood, stone and metal are “magical” because they have the ability to transform themselves into anything at all, while keeping intact their strong primeval power and their evocative identity.>>

Atavica is therefore a collection “thought of in objects” that have remained to bear witness to the history, techniques and materials used to realise them and have crossed the millennia to become symbols of a world where to make anything it was necessary to use the few things available.

This is the key to interpret Atavica: It's the tool we use, rather than our look, that defines our degree of evolution.

That faced by Lapo Ciatti and Marcantonio has been an anthropological and cultural research that starts in the stone age and comes up to our days; it originates and is inspired by a bone - quite possibly the first tool used by humans - and bursts into the technological devices without which, today, we are unable to survive. A series of objects in a series that is closely mirrors what happened in the history of mankind, starting as artefacts that are familiar to the world of art they become an expression of great pragmatism; it is a research that, at each step, removes art and adds function.

We will start with Tool n.0 and Tool n.1, two ornamental objects in a limited edition with a strong symbolic impact and end up with the Cielo and Terra carpets, that celebrate the natural element but that, because they are artefacts that arise from the 'nomadic' tradition, are an expression of pure functionality, namely the ability - also primeval - to transform every environment that hosts them into a “home”. In between this trail balanced between past and future, between an accessory and the necessary, there is room for the Selce mirror, the Ramo coat stand and the Primasedia chair. 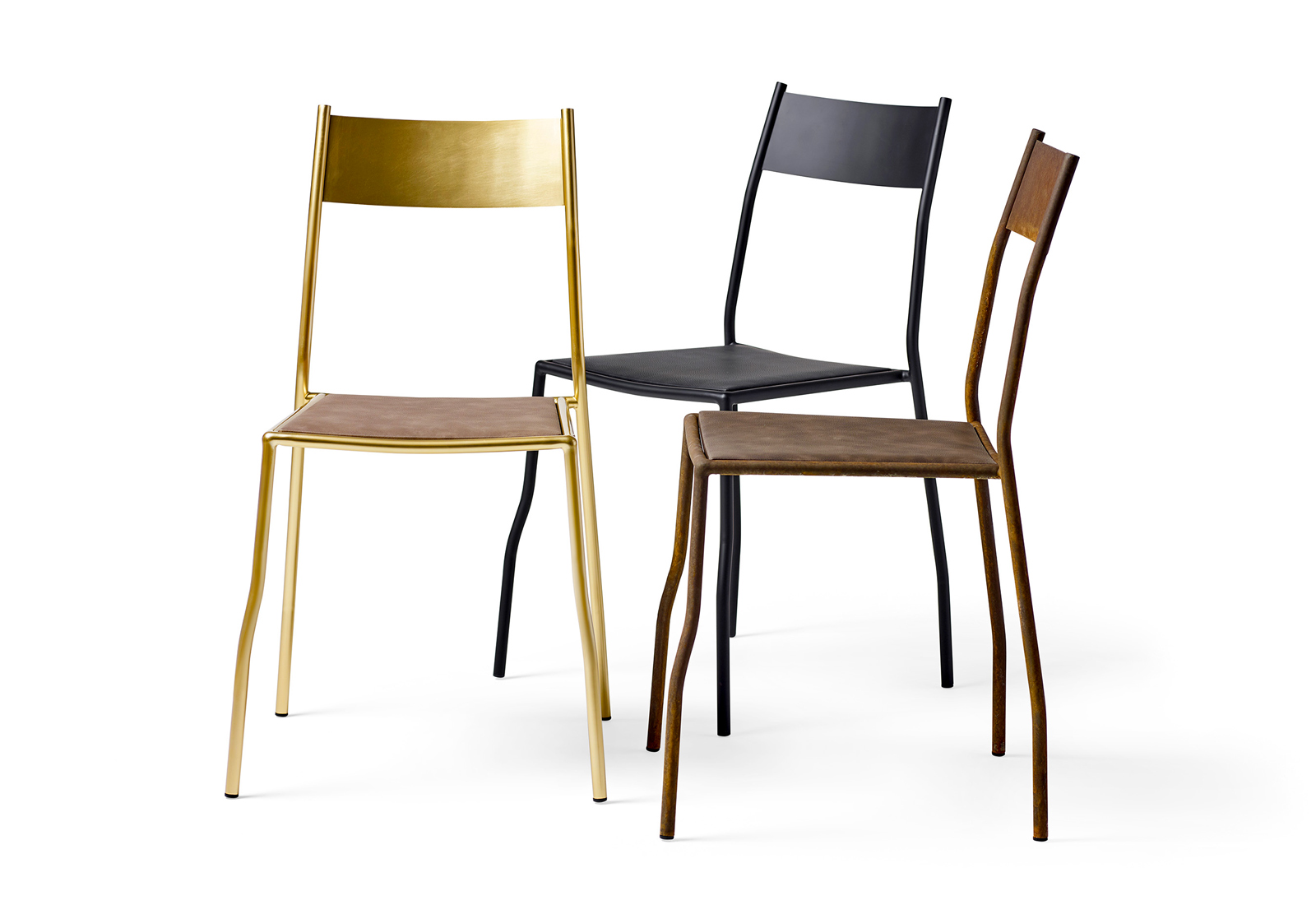 “Primasedia is a project I am very fond of because blends three aspects that I consider equally important: character-full design, innate elegance, a flash of irony.” 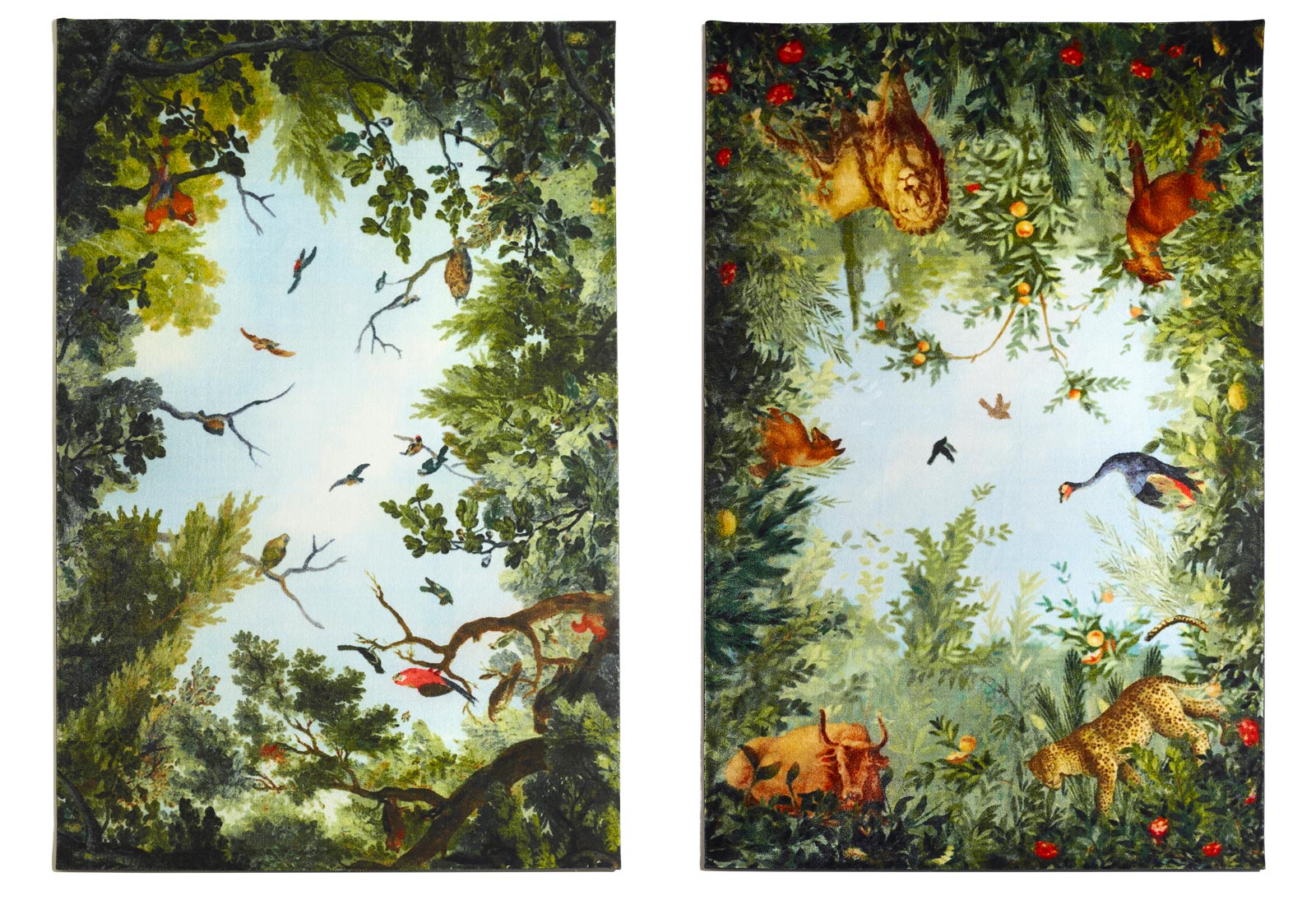 "Cielo and Terra are another step in the research for what is original. Reproducing the natural environment in the typical manner of Renaissance frescoes, we are encouraged to reflect on the fact that in history tools have influenced not only our interaction with the environment, but also the forms of art we have used to represent it.” 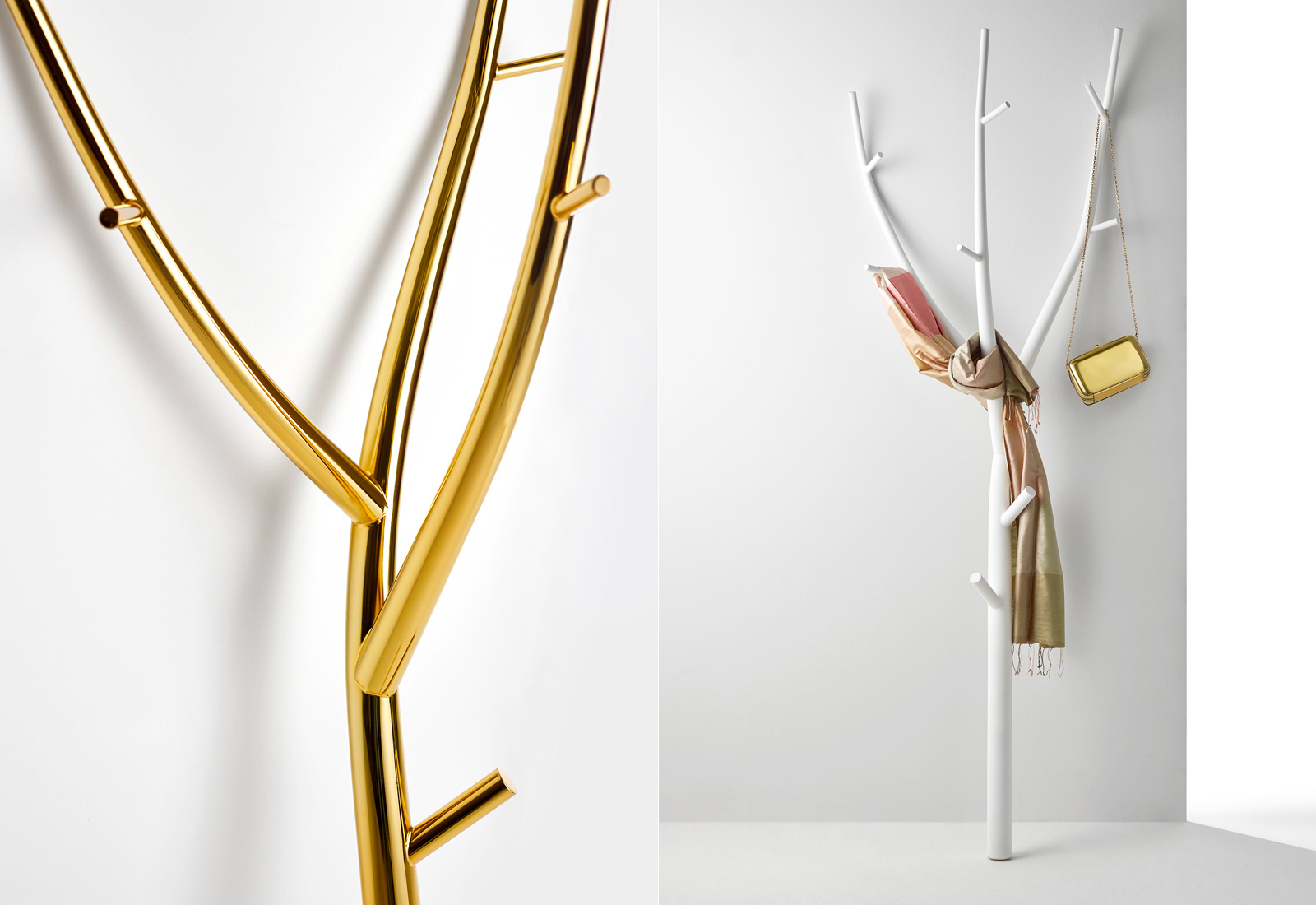 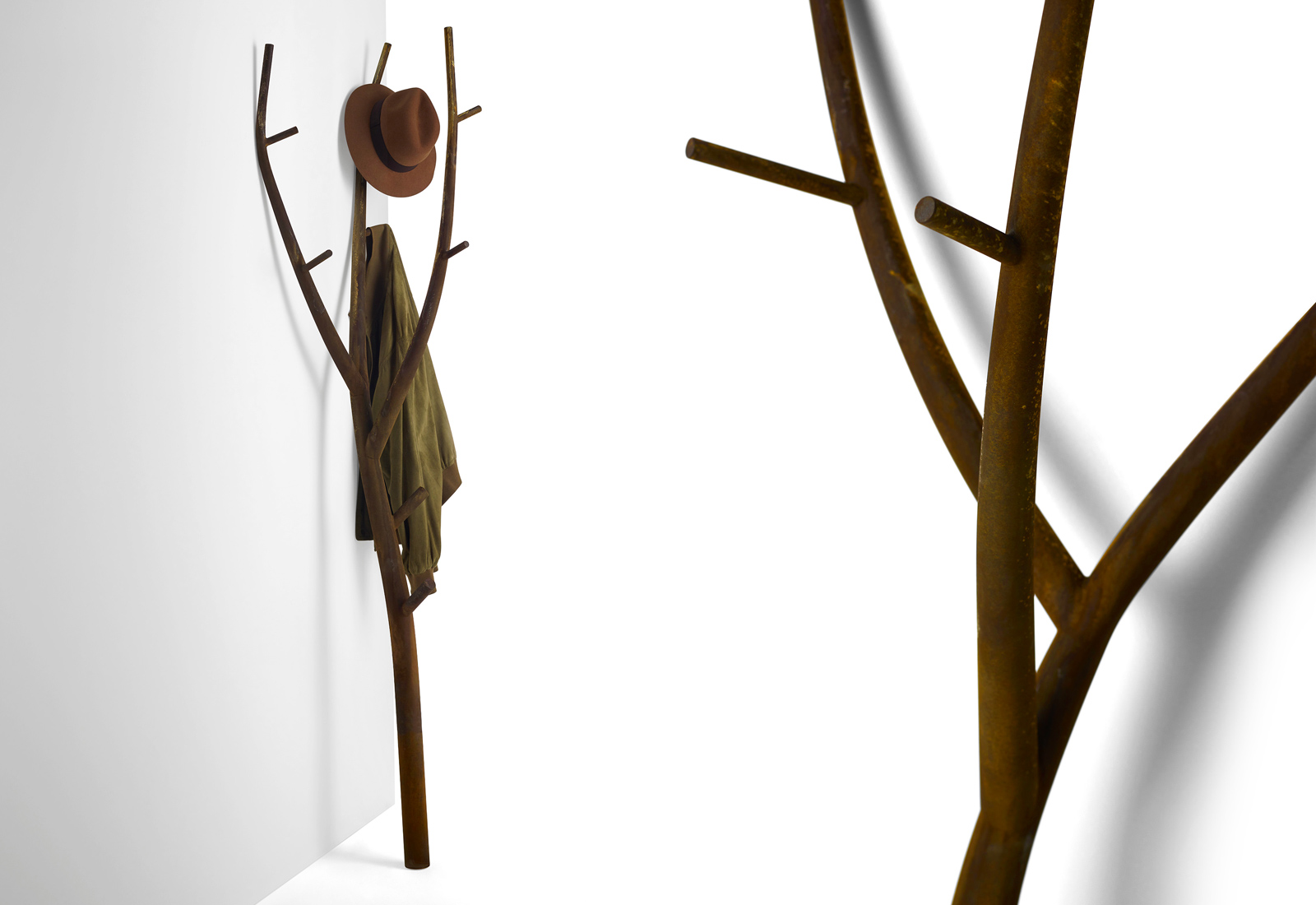 "Ramo is a sculpture that interprets the coat stand and is also a rather clear reference to what was quite possible the first “hanger” in history". 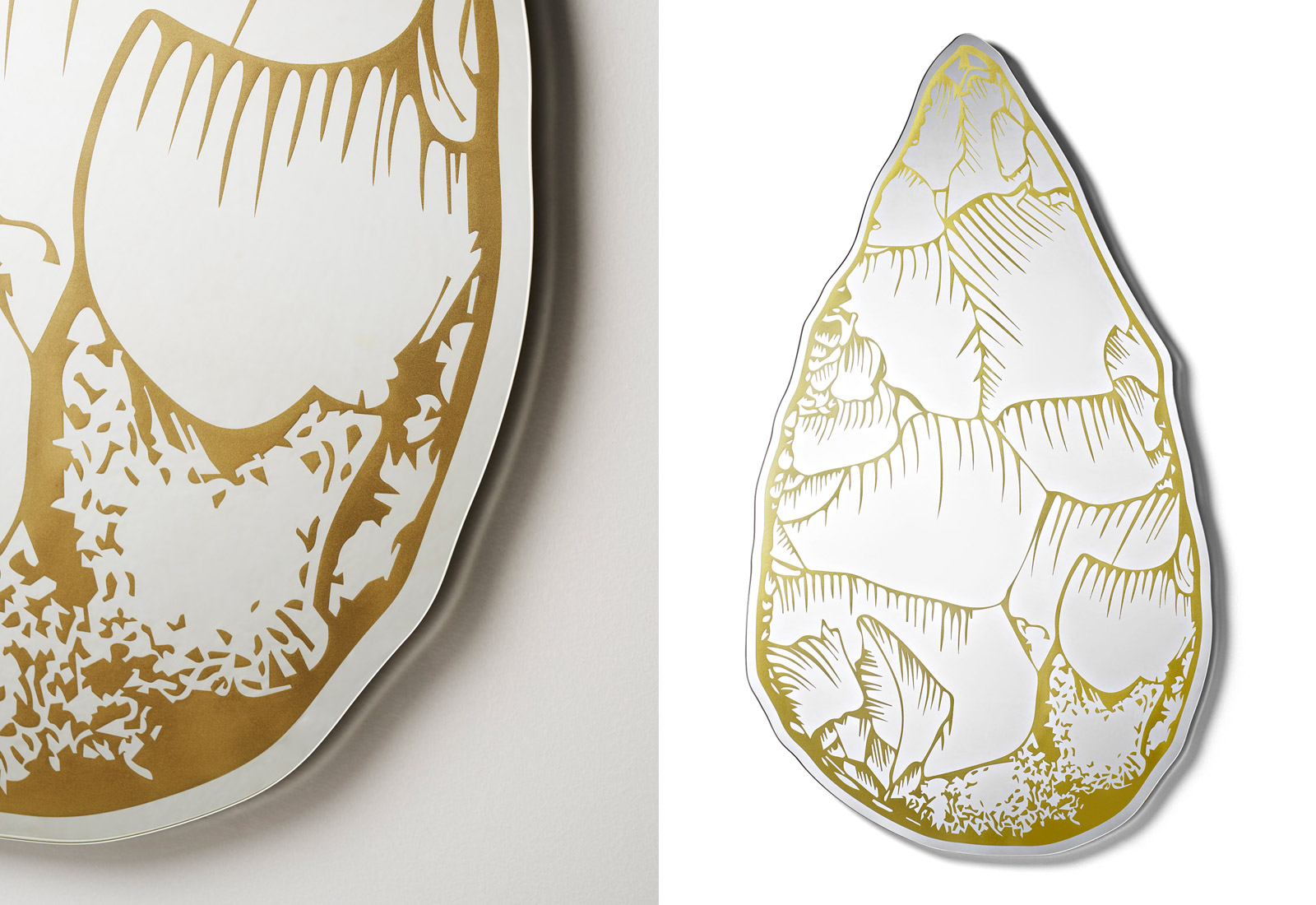 “I liked the idea of a mirror that you could look into and glimpse your origins” .